ESD is a form of energy that builds up on a surface until it’s discharged, often with a spark. That discharge can cause damage to your equipment and systems, as well as cause problems for your factory employees.

To prevent these issues from happening, make sure that you have an ESD prevention plan in place. Here are four ways ESD can affect your factory operations.

ESD can cause problems in cleanrooms. Cleanrooms are a critical part of manufacturing due to their high level of cleanliness. Modular cleanrooms for the semiconductor industry are becoming more common in the industry, and the industry was valued at USD 240.7 million in 2022, expected to grow at 10% year on year, by analysts at Fact MR. This is expected to grow further and touch around USD 799 million by 2032.

You wouldn’t want to introduce any contaminants into your factory, especially if it would affect the quality of your products or cause them to fail. ESD can cause contamination, which would result in a loss of money from rejections and repairs, as well as time wasted on fixing the problem.

To anticipate such situations in advance, you need to plan a strategy to combat ESD in cleanrooms by consulting appropriate experts on the matter. You can use trusted and reputed service providers to help you troubleshoot your problems in cleanrooms, as it is a very specialized and niche field.

Another way ESD affects cleanroom maintenance is by damaging tools and equipment that are used for cleaning areas before they enter production facilities. If tools like these are damaged by static electricity, then they won’t be able to do their job properly, which will lead to higher costs down the road due to replacing broken parts with new ones instead of repairing them the first time around.

Static damage to process tools and systems can be caused by static discharge or electrostatic attraction. The former occurs when a charged object is brought in contact with a grounded one, resulting in a discharge of electrical energy.

This includes charging up an item that has been sitting on an ESD-compliant mat for too long or walking across carpeting and then touching something you shouldn’t have touched.

In contrast, electrostatic attraction occurs when two objects of similar electrical potentials come into close proximity, and one transfers its charge to the other, like placing your hand on an ESD-compliant mat after it’s been charged by walking across carpeting.

The consequences of ESD accidents can include the following.

Investing in cleanroom technology can be one way to prevent ESD damage to equipment in a cleanroom setup. The cleanroom technology worldwide was USD 6.93 billion in 2021 and is projected to grow at a CAGR of 6.3% by 2029. This shows the tendency of businesses to start adopting technology in cleanrooms to detect any damage or deviations in advance, thus preventing losses at a later date.

ESD is a sudden discharge of static electricity that can cause damage to electronic components and other sensitive materials. When your body makes contact with an ESD-sensitive component, you are discharging static electricity from your body. The result is that it can disrupt the function of circuits in some devices or damage them completely depending on their design and the amount discharged.

The trouble with latent or hidden damage is that it is not possible to always predict or identify the source of damage. The lifespan of the product gets shortened or quality failures occur, which can only be identified at a later date.

The reputation of the company suffers when this happens on a large scale, causing millions of dollars in damage. Sometimes the damage is as high as an average of 25% to higher incidences of 33%, according to estimates by the ESD association.

Losing production due to ESD is costly, especially if you don’t have an invested approach to prevent it. This can cause product and equipment damage, but also the loss of data stored on factory machines. It can cause lost production time while equipment is down for repair or replacement after ESD damage occurs.

Overall, Electro Static Discharge or ESD can have a big impact on your ability to operate, so take steps to prevent it. The most effective way to keep ESD away from your factory is by using protective clothing and equipment at all times when working with potentially sensitive materials.

It’s also important to understand how the environment around you affects the amount of static charge that can build up on certain surfaces or objects, such as carpets or clothing materials made from synthetic fibers. 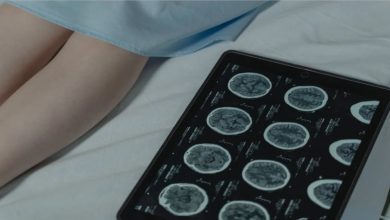 Tips for Transitioning to a Vegan Diet 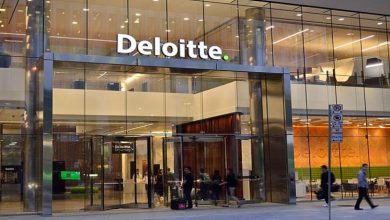